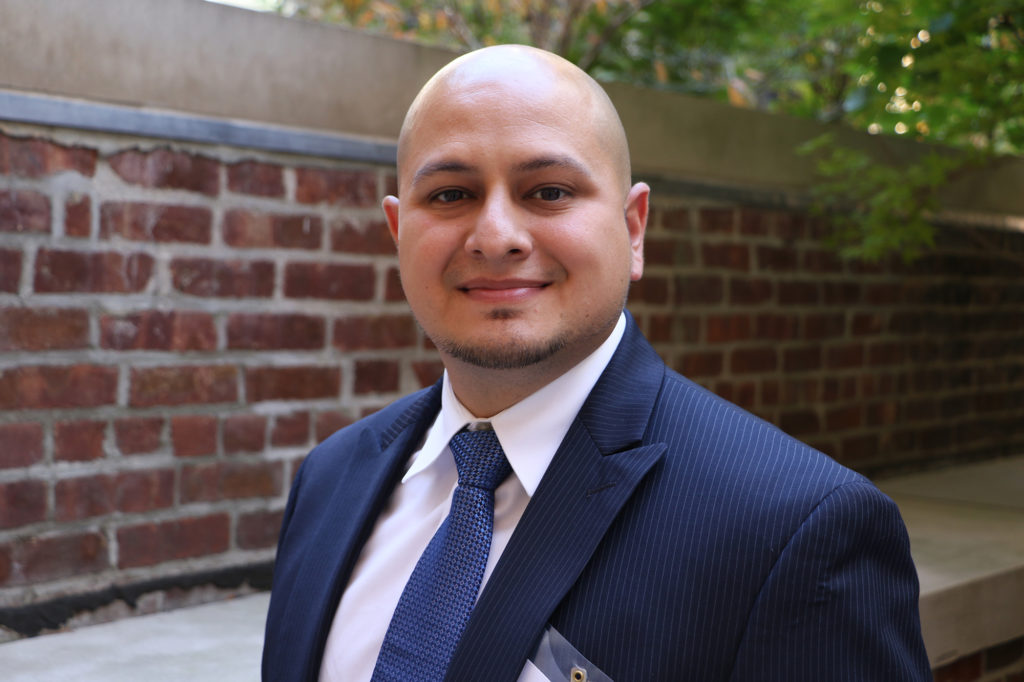 Dr. Noah Angeles is the Associate Director of the Gray Fellowship and also serves as the Principal of York Early College Academy, a Title I Early College public school located in South Jamaica Queens.  Through collaboration with the City University of New York’s York College and the Early College Initiative, Noah has been successful in developing an accelerated scope and sequence that provides students with an opportunity to earn up to 60 college credits by the time they graduate from high school. York Early College Academy was recognized as a New York State Rewards School for two consecutive years and currently holds a 98% graduation rate.

In addition to Noah’s work as a school leader, He currently serves on the NYC School Diversity Advisory Group where he has worked collaboratively with community stakeholders to develop and provide recommendations to the New York City Department of Education and the Mayor on how to best integrate schools. Noah is also a Military Veteran and successfully served his country during Operation Iraqi Freedom.  As a Sergeant assigned to the 595th Transportation Group, Noah participated in one of the largest transportation movements since World War II.  He is a recipient of the Army Commendation Medal and the Global War on Terrorism Expeditionary Medal.

Noah earned a Doctoral Degree at Sage College in Albany and an Ed.M. from Columbia University, Teachers College in Organizational Leadership, M.A in American History and B.S in Secondary Education from St John University.