This event has been postponed until a later date.

The School of Education proudly presents our student feature event: “Meet the Author: Brian Belovitch”. Join us for a discussion of Belovitch’s book titled Trans Figured: My Journey from Boy to Girl to Woman to Man.

Brian Belovitch is a former editor at People magazine. A 2000 GLAAD award nominee for his play Boys Don’t Wear Lipstick, Belovitch is a founder of Queer Stages, an LGBT-themed dramatic series, and a guest storyteller with the Generations Project. Belovitch is currently enrolled in a master’s program for mental health counseling at Hunter College.

Brian Belovitch has the rare distinction of coming out three times: first as a queer teenager; second as a glamorous transgender woman named Tish, and later, Natalia Gervais; and finally as an HIV-positive gay man surviving the AIDS crisis in the 1980s.

Trans Figured chronicles a life lived on the edge with an unforgettable cast of characters during a dangerous and chaotic era. Rich with drama and excitement, this no-holds-barred memoir tells it all. Most importantly, Brian’s candid and poignant story of recovery shines a light on the perseverance of the human spirit. 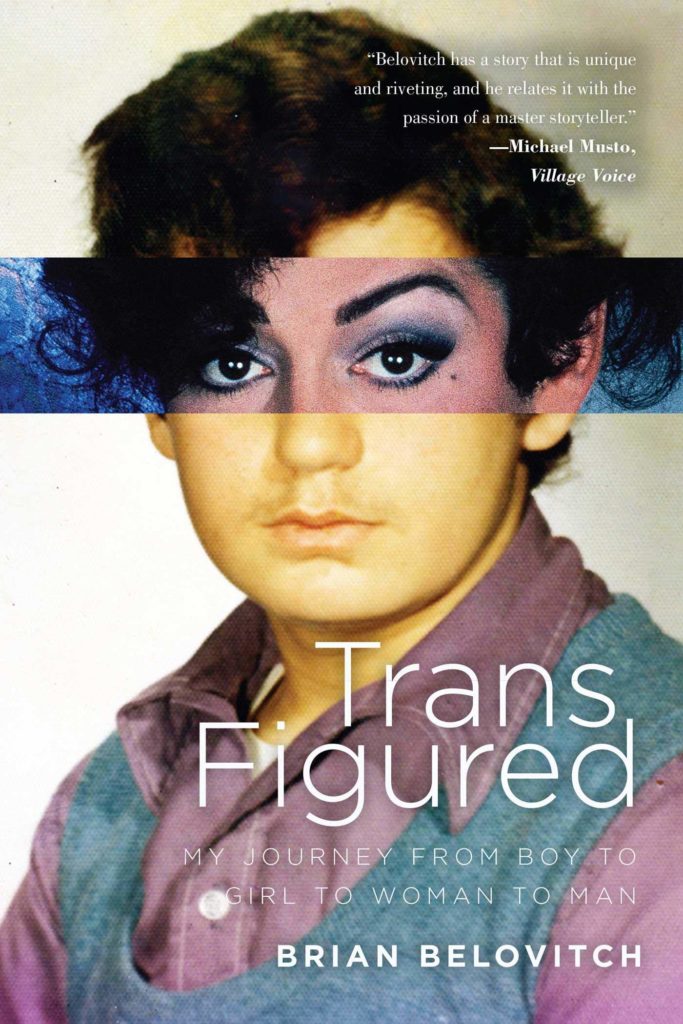